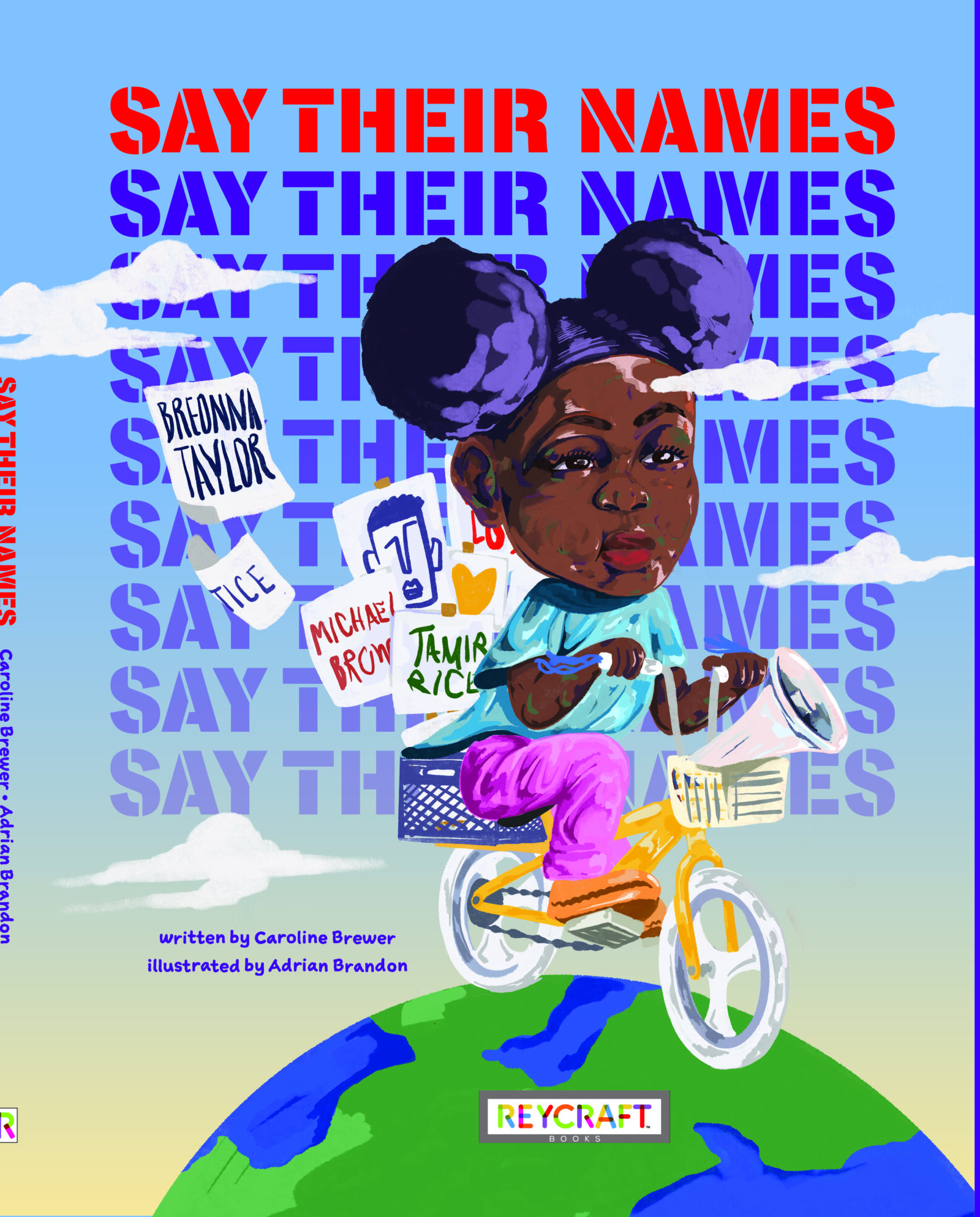 Washington, D.C. – Reycraft Books and D.C. Author Caroline Brewer have announced the cover reveal and promotional launch of Say Their Names, a new 32-page picture book written from a child’s perspective. “I wrote Say Their Names because of my 20-year-educational journey with children,” said Brewer, a literacy activist, former elementary school teacher, and author of 13 books. “ I know children are suffering and being traumatized by police violence and racial violence – as studies have shown – along with all others in their communities. I wrote it because children have been leading and engaging in protests movements all over the world, especially in recent history, and I wanted to center them and their voices as part of our healing work and conversations.”

“I wrote Say Their Names from a child’s perspective because children give us the gifts of their imaginations. I wrote the book because imagining is one of the most important technologies that humans possess, and challenges such as police and racial violence require powerful imagining to defeat,” Brewer added.

Brewer, who wrote a children’s book in 2005 in honor of a friend’s son who was killed by police, noted that Say Their Names emphasizes this one powerful act,  “because saying their names is a ritual observed by communities the world over and is an important cultural ritual for African Americans; because remembering helps keep loved ones alive and assists in the healing process; and because this book, more than anything, is about imagining and working toward a future free of police and racial violence.”

Say Their Names is published by Reycraft Books and due out August 22, 2022. Media can contact the author or publisher for a digital ARC and more details.  Say Their Names can be PRE-ORDERED here.