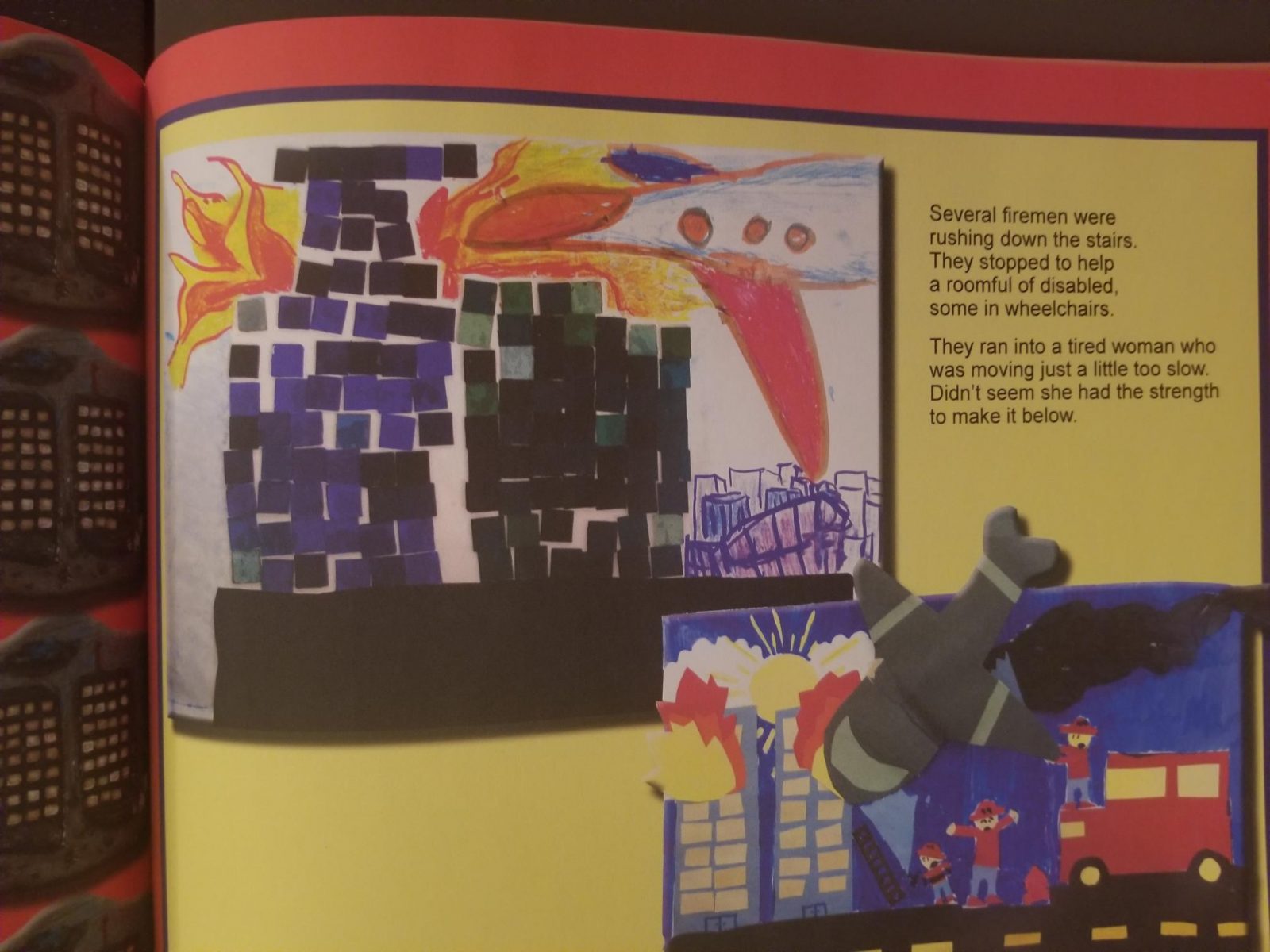 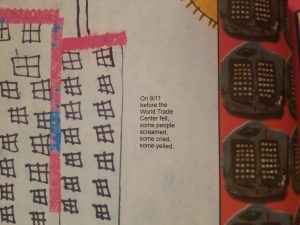 September 11, 2001 was partly responsible for the birth of my first children’s book, Kara Finds Sunshine on a Rainy Day. The book’s theme is “the sun is always shining, even when we can’t see it.”   I was living in NJ, just outside NYC, and wrote a poem in response to the tragedy. A friend who taught second grade read it and wanted me to share it with her students. I decided to turn it into a story of hope and healing. The children responded so beautifully, I created newer editions.

The 2006 edition was created with artwork from Harlem School of the Arts students. These pages are in the 9/11 section. This section tells the story of a group of firefighters who were trying to lead people out of the building. They ran into Josephine Harris, a worker who had been in a car accident months before and was left with a limp. She slowed them down but they moved at her pace, until, suddenly, the entire building – more than a million tons of rubble — crashed around them. They eventually made it out alive because rays of light poured in through the debris.  The firefighters who survived thanked Josephine for saving their lives.

One of the first children to hear me read Kara was an 11-year-old boy named Miles, who was living in a group home for abused and neglected children. He told me the book “changed his life around.” His counselors said he had not spoken to anyone or made friends for six months prior to my visit. After hearing the story, “he opened up like a flower.”

During one of the darkest times in his life, Miles discovered the sun was shining, and so did I.

May we all discover light on our darkest, rainy days.