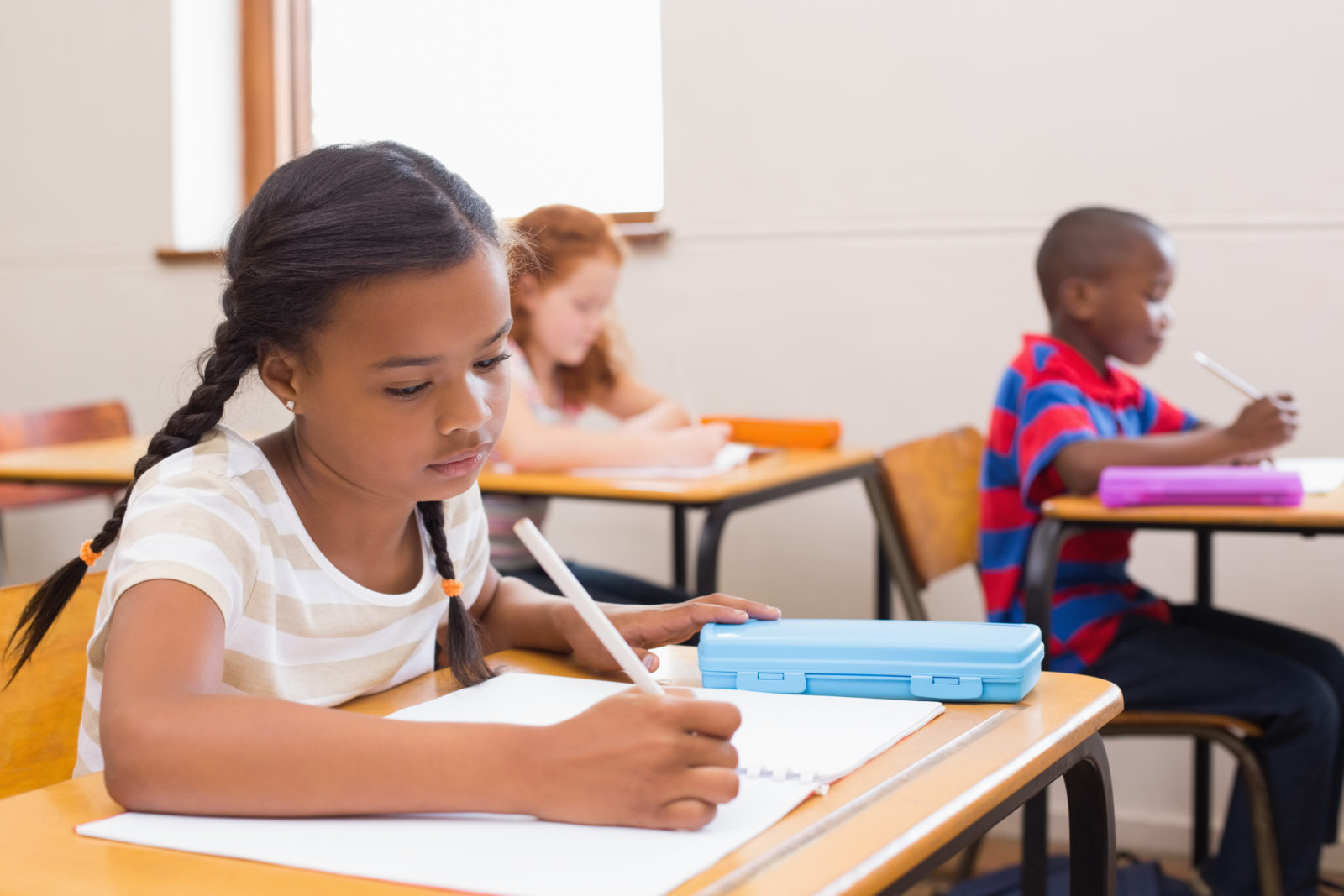 Nayana goes deep with poetry and emerges
loving herself and learning

This is the second of my bi-weekly story series call Brilliant Minds, about children who have made quick and remarkable progress in reading and writing through the use of the Higher Way and the Happy Teacher methodologies (Please note the names have been changed)

A month after Nayana wrote her first story, we witnessed more transformation. It came during the admittedly difficult assignment to write a poem about loving yourself. For an hour, Nayana angrily insisted “I got nothing!” All the other students had written their first drafts, received editing, and were busy typing their poems on the computers. Nayana, meantime, kept pouting, crying, and complaining that she had “nothing!” When, finally, Nayana found something, it was practically a slap in the face. She wrote that she loved herself only when she was “fighting,” as in “punching and kicking people.”

Internally, I was somewhat taken aback.  But I remained calm and applauded Nayana for getting started. I then asked a classmate Nayana admired and trusted to encourage her to write more and gently prod her to rethink when she loved herself. As Stacie settled into cheering on Nayana, I focused on helping other students make edits.

About a half hour later, Nayana erased her paean to pugilism and began anew. She wrote that she felt love for herself when she was dancing, doing gymnastics, and outdoor activities. She concluded, “It feels powerful to love myself.”

After Nayana finished that poem, the gloves were off! This child, who had for most of the school year refused to engage in classroom discussions and who had rarely, if ever, completed an assignment, was going to land body blows on every learning challenge that arose. All we could do was back up, and be amazed.

A week later, we worked on rhyming sentences using Word Families. Rhyming was difficult for all the students. Nayana seemed dazed by it. But refused to give up. She threw herself into the world of matching ending sounds day after day, assignment after assignment. She gracefully accepted my feedback and guidance and never complained, cried, or ran for cover in a closet or underneath a desk. She simply boxed it out. After two weeks of taking punches and throwing them back, Nayana mostly, on her own, produced a series of mostly complete, mostly rhyming sentences, with much better spelling.

Nayana’s ultimate triumph was that by year’s end, she had found the confidence of Muhammad Ali as she stood at the blackboard and proclaimed, “I am a writer!”

The secret sauce: Making our classroom a safe space for all students to honestly express themselves, and grow at their own pace was critical, as was patience and praise for every effort they put forth. Providing opportunities for students to read their own stories aloud and do art projects with their written works helped make writing relevant and offered more occasions for celebration. And who doesn’t love a party? What’s not shared in this blog but will be in future blogs was that we mixed writing assignments with word games, which helped students learn from one another and in new, fun ways.